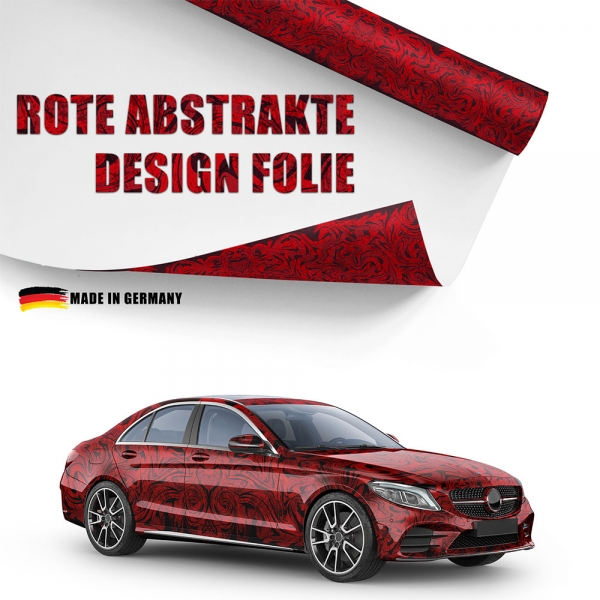 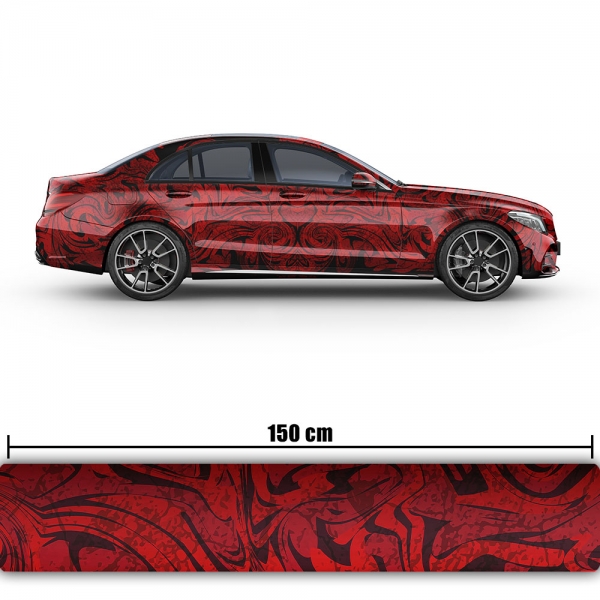 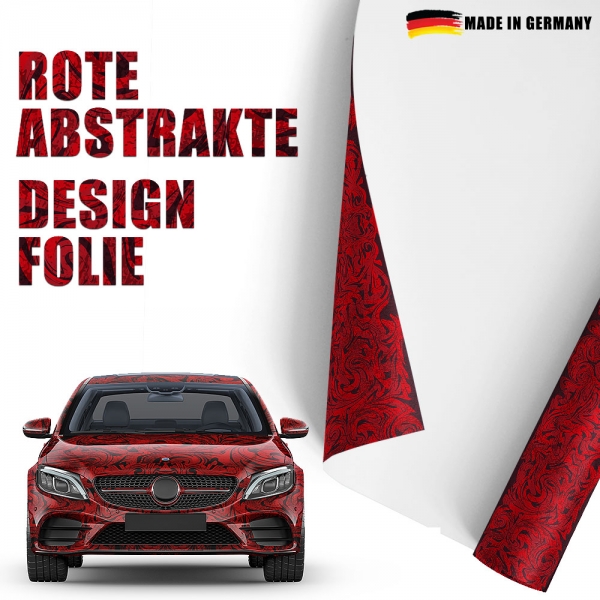 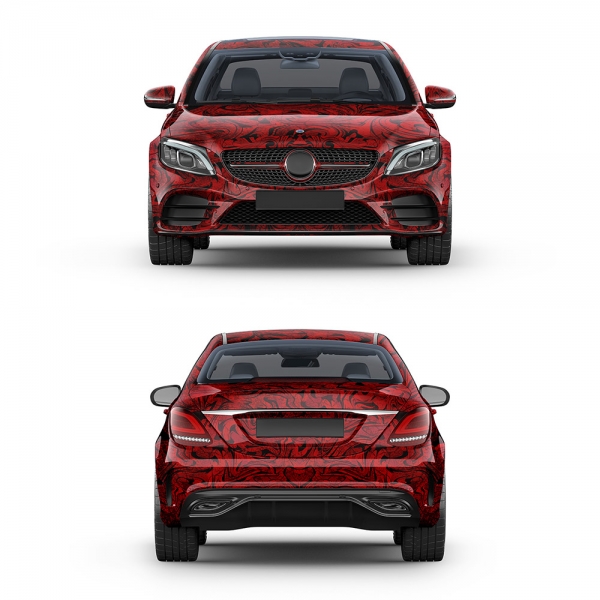 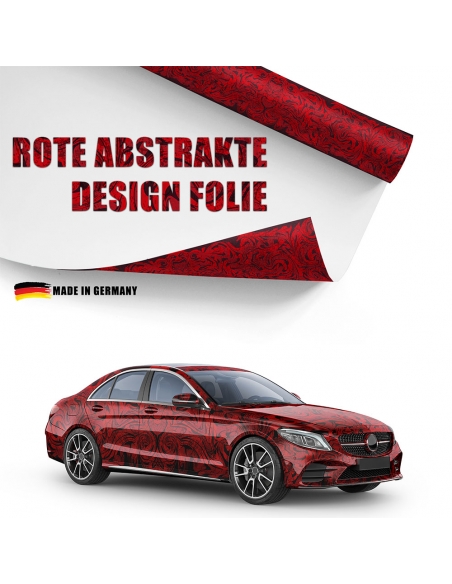 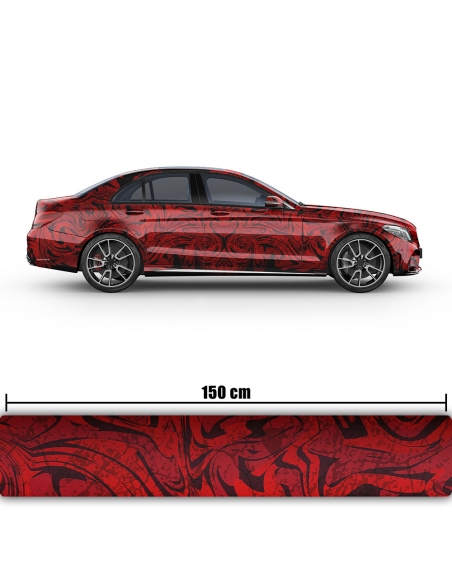 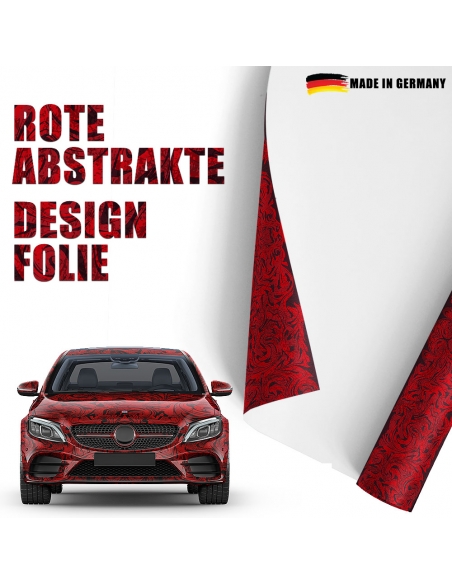 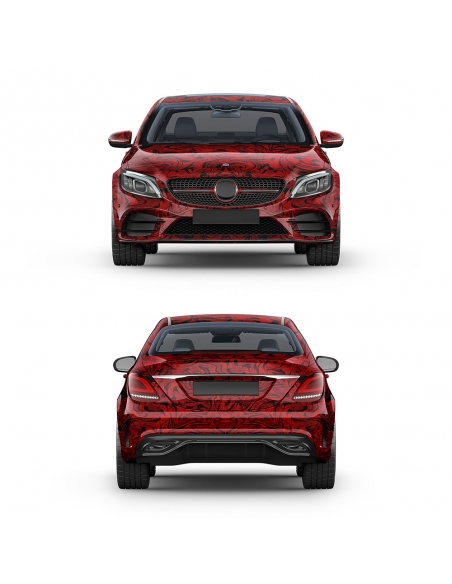 First of all, we make you a promise:

For 19,99€/sqm you will not get a comparable digital printing film on the German market!

We have been selling film in digital printing since 2014. Unlike the competition,which still sells cheap China goods and sells them as 3D car wrapping film, we have only evolved.

We have listened to our customers, their criticism and suggestions and brought a slide to the market that is tailored to their needs. We have thus decided to produce our own films in order to guarantee the best possible quality.

We have been testing film manufacturers for years, as we wrap ourselves in the service sector. The Metamark MD3 has emerged here as an excellent film,which we can pass on to you for only 19.99 € / square meter.

We don't want to tell you fairy tales about 3D film, just like the competition advertises with China film, because every calendered film has its limit, including ours. It is definitely suitable for 3D bonding,but so-called inserts should be used for deep shots,as we know them for example with some trunk loading sills.

We present you with material that can be repositioned, has a memory effect, which allows the film to return to its original state through heat. Brand ink, Made in EU, which ensures long enjoyment of the print result as well as the right laminate (matt or gloss) that additionally protects against environmental influences such as UV radiation. Of course, residue-free removability of the film is also guaranteed.

We produce all our films ourselves and understand the product we sell down to the smallest detail. As early as 2014, our management sold Stickerbomb film in addition to his automotive engineering studies in order to finance it. Through the first confrontation with prototypes in the study-accompanying internship, the Erlkönig film has come into our repairers. For example, we are expanding our range of designs from week to week and want to make individual design digital printing accessible to advertising technicians, foilers and private individuals.

Scope of delivery:
A roll with 100cm length and 150cm roll width

If you order the article several times, you will of course receive the goods in one piece.

The basic preparation is always 150cm, the length varies accordingly depending on the number of pieces in 100cm steps!

Do you still have questions or an individual idea?
Just write us a message or just call through!

Information on REACH and RoHS directives

AD-SB-C-BW-1-VAR
€7.55
100% Made and Designed in Germany: We distance ourselves from the competition that advertises China film as a branded product! Razor-sharp printing on the latest digital printers. Branded material with 5 years shelf life. With air duct technology The MD3 (film) is ecologically valuable produced in the neighbouring country of Great Britain. Temperature...

AD-SB-N-BW-1-VAR
€7.55
100% Made and Designed in Germany: We distance ourselves from the competition that advertises China film as a branded product! Razor-sharp printing on the latest digital printers. Branded material with 5 years shelf life. With air duct technology The MD3 (film) is ecologically valuable produced in the neighbouring country of Great Britain. Temperature...
Tap to zoom

Save products on your wishlist to buy them later or share with your friends.

With Amazon Pay and Login with Amazon, you can easily sign-in and use the shipping and payment information stored in your Amazon Account to place an order on this shop.

No account? Create one here
Product added to wishlist